In a New York Minute
Everything can change
(Eagles)

This is one of my favourite songs about how fast things can change – for the better or worse.

Some years ago, I was home with my grandmother and -father. I went out in the kitchen to make us some coffee. When I was almost ready to serve the coffee, my grandmother came out and told me to call an ambulance – my grandfather was suddenly feeling unwell. Twenty minutes later, he died at the hospital.
He was old, but in very good health as far as any of us could tell. It happened like a bolt from the blue.

Almost two years ago, an acquaintance of mine was hit by a car while riding a motorcycle. He could easily have died that day. Instead he has to spend the rest of his life in a wheelchair. It only took a second to change his life forever. That is not fair!

I live in a peaceful country, but when I was very young, I sat in a train maybe 200 meters from an exploding bomb. Nothing happened to me, other than the surprise. But later on, I saw in the news that a person who had the misfortune of standing close to it, died at that explosion.

Luckily, a lot of good things can happen too in just a moment, making you smile though you didn’t plan to be happy that day. 🙂

When I take a photo of two snails, or a hoverfly, I try to show how fantastic this world can be. There are so many fantastic details we often tend to overlook. And the world is still fantastic, if you look at it in full.

I try not to plan my life in details, because one moment can change everything.

I haven’t written here for so long. Not because I’ve been travelling to exotic places or anything like that. Nope – I’ve been working! These days it seems like everyday is a workday for me. 😥

From time to time I make a backup of my blog. If anything goes wrong, it gives me a second chance to make it work again. Until now, however, I haven’t had much use for those backups – and often wondered if I would be able to restore my blog if it had a meltdown. Now I know the answer to that question.
I tried to add a link to the right pane of this blog, and thought it would be easiest to just add it manually in the php-file – resulting in a defect blog. I still don’t know why that happened. I have never worked with php before, so I have probably goofed something up. Or not – the Webhotel went offline (not just my site – the whole Webhotel) seconds after I added the link, so maybe it wasn’t me at all – or maybe it was because of that link, the Webhotel went down?
I really don’t know what happened. But I do know that I could have had a major problem getting this blog working again without the copy I made few days ago!

So make a backup of your weblogs (both files and database) and other stuff that you care about! You may need it someday! 🙂 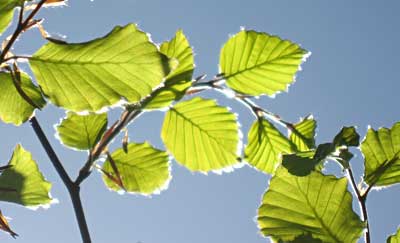 Okay, actually I do not like traffic lights, except in those cases when they help me drive forward by stopping crossing traffic. The headline is from a Monty Python song.

On a Blog-surf, I found this place talking about the (figurative) traffic lights we meet on our way in life. About the times we are forced to wait for e.g. a computer to get ready before we can continue our work.

It made me think of the development I have gone through. Not so long ago I was very, very impatient. Both with me and – especially – with anything out of my control that I felt were holding me back. Most of the computer equipment I have thrown away (sometimes literally) hasn’t been defect, but have made the sin of making me wait!

The same with the real traffic lights: a nuisance when I was in good time, a real pain in the backseat when I wasn’t in good time. I have the idea that it all took a turn on a small trip to Nice in France. It’s a city with heavy traffic – more than I’m used to, where I live. But still: though drivers sat there in long tailbacks without a chance to get anywhere soon, they just sat patiently and waited. They even had strength enough to help motorists coming from side ways out in front of them.
Afterwards I have tried to practice the same way in traffic and have realized two things: it doesn’t make the drive take longer – and I’m much more relaxed.

I also try the same relaxed living when I meet the figurative traffic lights; sometimes with success, but just as often with increased blood pressure. I’m still able to kick my computer, if it’s using all the energy on something else than me, me, me. But I’m working on it – and slowly, day by day, I hopefully get to be a much more balanced person. 🙂