104 million years ago – I think it was on a Wednesday – a small dinosaur did something, all animals do from time to time: it “dropped the remains of something that once was food”.
A few years later, the dinosaur died. No monument was raised in its honour. Maybe the dinosaur even turned to dust before it could be dug up by a palaeontologist millions of years later.
But it still did manage to make a long lasting sign of its existence: the before mentioned turd was somehow fossilized. I’m not going into detail on how soft stool can turn into stone – mostly because I don’t know. But the “stone” was found, and identified as a coprolite from a small theropod.

Today the world might look a little different, but it’s the same story: you really don’t know what traces you may leave behind. Maybe you get famous for doing something useful, or maybe you just get known for making crap. 😉

The summer has finally arrived with temperatures over 30 degrees Celsius. 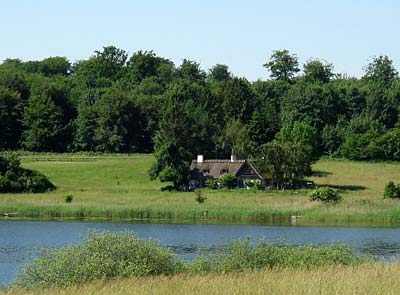 On my way to and from work, I see this beautiful place. Today, I went by just to take this photo (luckily I don’t have to work today), so you could see it too. 🙂

If you buy the right to use a certain amount of CO2 – and you don’t use that right – you contribute to reduce the global warming. CO2Quota.org

I don’t know if I have been out of luck lately, or computers simply aren’t what they used to be (and probably never were). But it seems like I’m unable to find a computer that actually works!
Some time ago I bought a portable computer. Some computer repairman has seen it more than me, and it’s still not working as it should. The repairs have made it work a little better (from “not at all” to “somewhat”), but it’s still a piece of crap. Don’t ever buy computers marked “Vega+”. Nothing good will come from that!
I mostly use a stationary computer (portable is fine, but I like to have a permanent computer corner and keep the rest of the place a computer-free area). So I have now bought a new computer to take over for my very old and slow one. Or at least I tried to. After three days of setting the new computer up, and installing a lot of programs, the hard disk (hard drive) died.
Sometimes I really hate computers! 🙁