If birds had beards, would it be made of hair or feathers?

Well, I do hope, you’re not looking for an answer to that riddle, cause I don’t know!

Frequent visitors might think there’s not much going on here.
However, those with an eye for details, will probably notice some changes from one visit to another:
I have used my “blogging time” modifying the column to the right, with quotes and statistics.
It might not be reward winning stuff, but I believe it’s an improvement. 😉
The plug-ins, used to modify the column, have been made by Anders.

I went to a Citrix conference the other day.
When I left, I got a pair of Matrix-style sunglasses (get it? Citrix / Matrix).
When I got home, and tried them on, just to see, if they could make me look like Neo (they couldn’t – and I didn’t look like Trinity either), I noticed this warning, attached to the sun(?)glasses:

I haven’t written for several days now. It’s not because I’ve forgotten all about this Blog, but because I haven’t got anything to write about! 😐

Today it is 60 years ago the World War II ended in Denmark. In some countries it took a bit longer.
In Denmark the message that the Nazi’s had capitulated, came in the evening on May 4, and in most parts of the country the war ended right there – or the next day, when the message had reached everyone.

May 8 is the official “Victory in Europe” day.

If you’re interested, you can read much more about it here: http://www6.dw-world.de/en/worldwarII.php

Sigh!
In a month or so, it’s my turn to get red eyes, frequent sneeze and maybe even trouble breathing. Yes it’s time again for grass pollen. 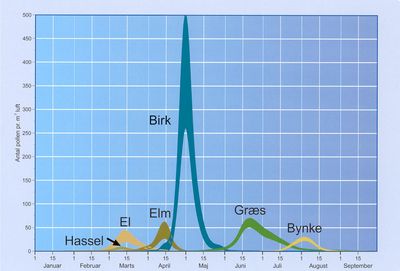 When the dinosaurs ruled the world 60 million years ago, the grass wasn’t invented yet – so whatever killed the dinos, it wasn’t hay fever (and it wasn’t because they smoked grass either ;-))
Normally I wouldn’t like to live among the killer-dinos. But getting eaten by a dino may be a small price to pay for a world without grass pollen.

It took a while, but now it seems like I have finaly got myself a Weblog at Baseman.dk. 🙂
First I used a couple of months to trawl the internet for Blog-scripts (it had to be PHP, cheap (pref. free) og very, very easy (I know nothing ’bout PHP or MySQL)). Yesterday I found a PHP-script that was free and easy … og today I write my first real post in my brand new Weblog.
I just have to say it: whaaauuu! (There, now I said it).
Next part: to find something intelligent and/or useful to write about … now, there’s a challenge! 😉