Yet another year has gone, and it is time to look back – for a short moment, before I once again watch where I am going and not where I have been.

Once again, I could have lost my job! At the end of 2013, the company I work for made a mass dismissal. Then one more in august this year. I am still there.

However, let me start with the beginning of 2014.

We got a mild winter in Denmark. Not much snow and not that cold. Up until now, Global Warming has been good to us. Off course, this is just the beginning – when temperatures go further up, we will start to see some of the bad effects too.
After a tiny bit of snow in January and February, the spring came in March.

I have been on a long quest for something. What that something is, I have not quite been able to say, other than a change of direction. In April, I began to put it into one word: Serenity. Next step: How do I obtain that?

In April and May, things did change for me. For some years, I have been the owner of a house, which my grandparents originally bought before Second World War. But right there, in the spring of 2014, it just got too much for me. I talked to my grandmother, who is still among us and now live in a retirement home, what she would say if I sold the house and moved on.
She said I should just do it.

In May 2014, the house got on the market.
It probably did help selling the house, that the summer in 2014 was long and fantastic. Lowering the price also helped.

Before the house was sold, I went on a vacation: Two weeks in Canada, where I saw Vancouver and together with a friend of mine, drove round the roads in British Columbia in a rental car.
While I was still there, I got a message from the real-estate agent, that the house was sold.

I was back in Denmark August 31. On September 1, I started in a new department at the firm.
Some stressful months came, where I both had to get in place at my job, doing new tasks together with new colleagues – while I got an apartment, moved all my stuff, and handled the last part of real estate matters.

In November, the house was no longer mine. It has been a nice place to live. Nice house, good neighbors, but it was also a relief to get rid of mortgage and the speculations whenever something on the house needed to get fixed.
Besides the trip to Canada and a short notice that I moved, I did not write much about this. Looking back, it has gone so fast; but while I was in the middle of it all, it was just too hard to tell, if it would lead anywhere.

Where will it all lead? Where am I going from here? What will happen now? I do not know.
I will try to pick a direction that will get me somewhere nice. 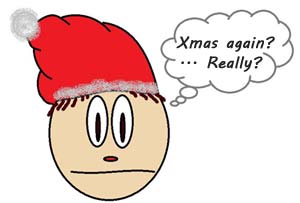 I am in the process of moving!

I have lived in the same place for many years, but wanted to – and needed to – move forward.

As everyone who has tried to move probably says it is hard to move.
It does not make it less hard that the house I move from, has been owned by my family since before the Second World War. Now it’s my job to sell it.

Before this month has gone by, I have moved and there is a new owner of the house.

As Lev Tolstoy would put it: “Not our location is important, but the direction in which we move”.
This may very well be, but I think that location may be of some importance also.
I live in an old house with a somewhat large garden. I want to move in a direction with less gardening and less house repair. For that to happen, I need to make a change in my location.

Last year I started on a new treatment against hay fever: Acupuncture. I was very skeptical, but had heard from others who were almost cured. So I tried it myself.

This season I have still suffered from hay fever. I have lost a lot of snot and my eyes have been itching a lot. But the worst problem earlier years – difficult breathing – have been almost absent this year! Not once so far, have I woke up in the middle of the night, feeling like I was suffocating. What an improvement!

As you may already know, each time you visit this blog, you are presented with a couple of quotes. They vary for each visit.

As I entered the site today, I saw these two quotes:

The world is your playground.  Why Aren’t You playing?
(Ellie Katz)

Consistency is the last refuge of the unimaginative.
(Oscar Wilde)

Could it be a hint?

So much is going on at the moment.
So many things fills up my mind.
Things I have little or no control over, but nevertheless things that can influence my life.
Things that visitors to this site probably have absolutely no interest hearing about. 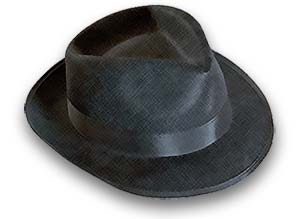 ”Home is where you hang your hat”

Occasionally I think of that old saying, and use it as an indication to see if the place I live is also the place I feel at home. Is my home the place I would hang my hat?
So far, the answer has been Yes.

I do not own a hat, nor have I any immediate plans of getting one. This is all figuratively speaking.

Though I have often thought about those words, it has not occurred to me before, that if the meaning is “the place you place your hat”, it could as easy mean my head. In that case, “home” may not be a geographical place. Maybe home is my mind.

Another year has passed and so it is time to go back and have a look.
Normally I would write a retrospect in chronological order. This time, however, I will start near the end of 2013 and move backward in time.

I could have lost my job!

The company I work for had planned mass dismissal in late November. The company fired many, but I was not one of them.
Had I known of the imminent layoffs and risk of loss of income, in the beginning of the year, I may have held back on some major expenses. As it turned out, I did not get a chance to worry about it – and I did not need to either.

I did not have much to say in 2013, resulting in some pretty boring reading.

Back in July, I wrote some hints for potential tourists. I wrote that winter was not the best time in Denmark, and until now, I have been right: It has been a dark and rainy November and December. Denmark can be very beautiful at spring, summer and fall, but not so much in the winter.

In June, I wrote about my struggle against pollen allergy. This year I have tried acupuncture instead of traditional medicine. Though I was skeptical, it actually worked! Amazing. It has not cured me (yet), but I have had the best pollen season for as long as I can remember.

When 2013 started, it was winter – and it continued to mid-April. It seems like there will be no winter in Denmark between 2013 and 2014. We have had no snow, just rain and reasonably high temperatures.

I started 2013 with the trip I had dreamt of for so long, but up until two years ago never thought possible. Suddenly I got the chance of taking a trip to Antarctica, and I took it!

It had been necessary to book the trip almost a year earlier. The last part of 2012 and early 2013 was spent purchasing appropriate clothing for the trip. It had to be warm enough, but still so light that I could have it in my luggage.

As it turned out, I got almost the right amount of clothes to keep me warm almost all the time. 🙂

The trip to the Antarctic was fantastic! So marvelous!

It was – by far – the most expensive trip I have ever taken, but it was all worth it. Oh, and yes, I get seasick very easy, and yes, the boat trip between Argentina and Antarctica are one of the roughest places to be on a boat; but it was still worth it.

It is impossible to plan the days in detail when you travel in these parts of the world, so I just had a hope that I would get ashore and that I would see penguins. I got both wishes fulfilled on the very first day of my arrival to Antarctica. Everything after that was just a bonus: Visiting one stunning site after the other – taking only photos, leaving only footprints.

It is summer and grass pollen season. But for the first time in many years, I have only few problems with allergies.

This year I dropped the pills and instead tried acupuncture treatment – and it does indeed seem to work much better.

I do not understand why it works, but as long as it works I’m happy.