It has been summer in Denmark for several days now – and it seems to continue.
With temperatures even higher in the southern Europe.

These days it is like summer in Denmark. Hot and sunny.
Next week more normal weather: Not so hot, not so much sun, maybe some rain.

If you live in Denmark, you do not have to travel to see all kinds of weather. You just have to wait a little while. 😉

It is now 11 months ago, I moved to a new appartment. I still think it was a good move (so to speak).

It is half a month ago, my new job began. Still early, but I think that was a very positive change too.

The weather is gray and rainy, and the activity on the building site just outside my windows are intensified. But with the housing and job situation in mind, it is hard to be anything but glad at the moment.

Yesterday, the first snow fell this winter. And not just a few snowflakes.
Today started with more snow, but at this moment, it has already started melting. 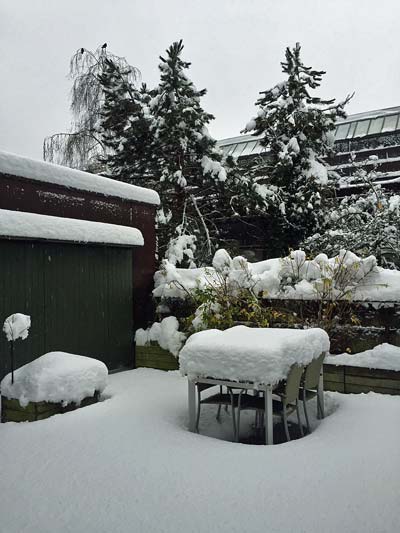 More than a year has gone, since I decided to sell my house, and for more than half a year, I have lived in a rental apartment.
I sold a nice house. Old but in good shape. In a small town with fine neighbors. Still I have not regretted my decision for one moment. I was really tired of working with an old house and a large garden.
Although I chose my current apartment only because it was quick to get, I have come to like the place. I’m not going to remain here. But for now it is fine. 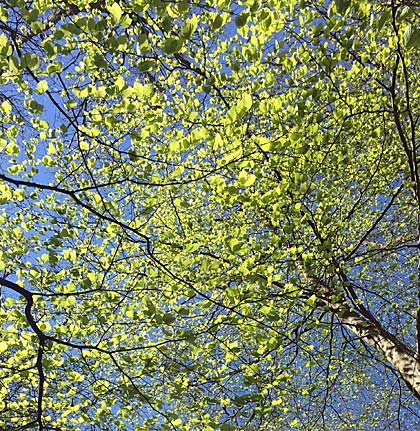 It is spring in Denmark. The sun is shining, the birds are singing – and trees and plants are switching into other colors than Brown.

I am in the process of moving!

I have lived in the same place for many years, but wanted to – and needed to – move forward.

As everyone who has tried to move probably says it is hard to move.
It does not make it less hard that the house I move from, has been owned by my family since before the Second World War. Now it’s my job to sell it.

Before this month has gone by, I have moved and there is a new owner of the house.

As Lev Tolstoy would put it: “Not our location is important, but the direction in which we move”.
This may very well be, but I think that location may be of some importance also.
I live in an old house with a somewhat large garden. I want to move in a direction with less gardening and less house repair. For that to happen, I need to make a change in my location.