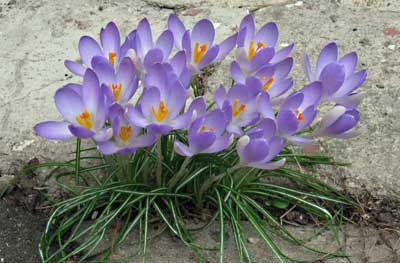 Spring finally breaks out, breaks up, breaks free, like these crocuses.

Yesterday I went to see one of the first 3D TVs from Sony. It isn’t buyable yet, but soon.

First: It was impressive!

Second: This type of 3D isn’t like earlier experiments, with things flying out of the screen.
It is like the new world of 3D cinema (Avatar and Alice in Wonderland), where the image starts at the film screen and creates an artificial depth on the other side. And like 3D in cinemas, you need special glasses to get the 3D effect; otherwise you just see a blurry picture.
People who can only see with one eye, still needs the glasses to remove the blurriness, but they will not be able to get the depth effect.

As I said before: It was really impressive! The 3D effect was more noticeable than I had expected, and it was possible to watch the TV even from a great angle. But the glasses weren’t comfortable, and what was worse: I experienced an annoying flicker! While I was there, I thought that it was the TV that couldn’t send the images fast enough, but now I have started thinking about whether it could be the lighting in the room that gave this flicker? So if you buy a 3D TV and a 3D Blu-ray player, you may also have to purchase some special 3D enabled light?

I can’t help wondering, that if you need special glasses to watch 3D, then why not build the TV into the glasses? I would prefer a solution where glasses were not necessary. I find them very uncomfortable.

For the time being, I continue watching movies in 2D. 🙂 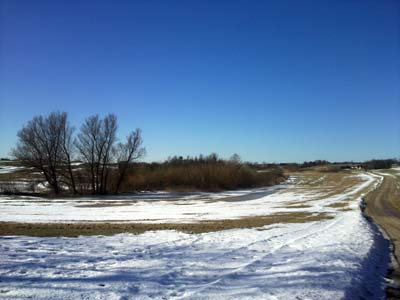 Spring seems just round the corner, with a sun that is finally able to melt the snow that has been falling for so long.

Appreciation is a wonderful thing: It makes what is excellent in others belong to us as well.
Voltaire

A synonym is a word you use when you can't spell the word you first thought of.
Burt Bacharach