The official USA still takes the stand, that they want to pollute all they want, and just gives a f… about environmental problems. But more and more people over there actually realize the link between global warming and the increased number of hurricanes and changes to the climate.
Yesterday I saw “An Inconvenient Truth“ with Al Gore’s crusade to halt global warming’s deadly progress by exposing the myths and misconceptions that surround it.
I have seen the effect the global warming has in Greenland. I have seen an American film about the problem. Now I really want to see some politicians do something about it!

Some mindless internet surfing brought me near this one:

Want more? Then look here.
Don’t want more? Then stay at the BaseBlog site – I’ll try not to tell you any more knock-knock jokes. 😉

As I’ve mentioned before: my trip to Greenland was fantastic! Fantastic country, fantastic people and a lot of ice. But it was also an eye-opener for me! Like everybody else, I’ve heard a lot about the global warming, but until now, I thought it was something that would happen some years in the future. But in Greenland, this future is now! A place near the town Kangerlussuaq, where you could drive right out on the ice cap 5 years ago, you now have to climb down a steep slope and walk a bit before you come to the ice.
Also the Kangia icefjord, near the town Ilulissat (a UNESCO World Heritage Site in western Greenland) shows signs of an accelerating global warming these years, with the fast decrease of the glacier in the bottom of the icefjord.
While I was in Ilulissat, Republican US Senator John McCain visited the place in connection with a climate debate. It was a new attempt to get the Americans to wake up and think about environmental issues and maybe even ratify the Kyoto Protocol. One can only hope!

It’s been a wile since I last wrote in my blog. But I’ve been on a trip to Greenland, and after that, there were a lot of photos and impressions that needed to get sorted out.

I’ve seen a part of West Greenland, from Nuuk to Uummannaq and it has been a fantastic journey to a wild and wonderful country. I hope that I’ll return soon! Most of the time, I spend in the towns Kangerlussuaq and Ilulissat. 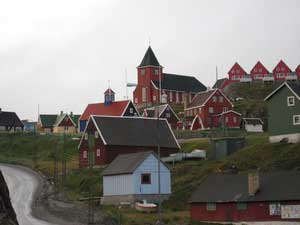 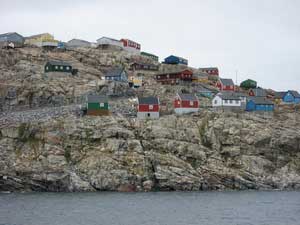 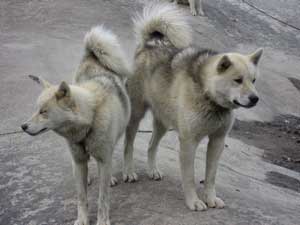 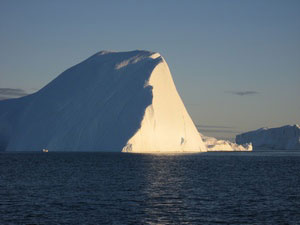 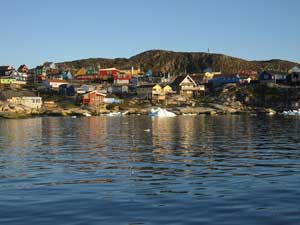 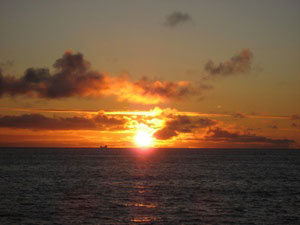